Recently, I found myself asking forgiveness for lack of patience. God kept using  II Chronicles 7:14 (GNB) to show me that  “…if my people pray to me and repent and turn away from the evil they have been doing, then I will hear them in Heaven, and forgive their sins, and make their land prosperous again.”

Do you recall that I heard the Holy Spirit ask me to pray II Chronicles 7:14 daily and invite everyone I work with to do the same for 1 year?  This is a commitment. One test was when I was asked to move by faith and go to Dickinson, ND. Really, God? North Dakota? To be sure I had heard the Holy Spirit, I not only added this to my next two fast/prayer Mondays, but also prayed that whole week between.

The following Thursday I received a phone call from an assistant pastor of that church. She had been away for two weeks and I was welcomed to come attend the crusade at their church. The Holy Spirit had led the way and strengthened and encouraged me to stand and watch the glory of the Lord! (II Chronicles 20:17)

This test had increased my faith. Something I was believing for and hoping for had taken longer than I’d expected. But the Holy Spirit helped and strengthened me. My part was to believe and keep my eyes on Him. My Creator was arranging things in my favor and going before me preparing the way.

Next, I had to get the airline tickets. Again, the Holy Spirit convinced me that I would have the favor of both God and man. (Proverbs 3:4) I chose to believe and declare that God was not only testing my faith, but perfecting me. He was showing me that HE will complete everything He starts in your life and mine.

Our focus must only be to keep thanking and declaring that God is a finisher; He will not leave or forsake us until all the work of service is completed in line with His will and timing!

Then there was a “God wink.” Suddenly, I recalled that I had frequent flyer miles. I checked immediately! Both Garry and I flew by United Airlines on our miles – free! 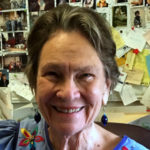 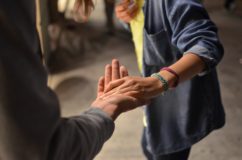 Thanks to you who answered God’s call for Ark needs in December: Our Christmas Eve dinner was … END_OF_DOCUMENT_TOKEN_TO_BE_REPLACED